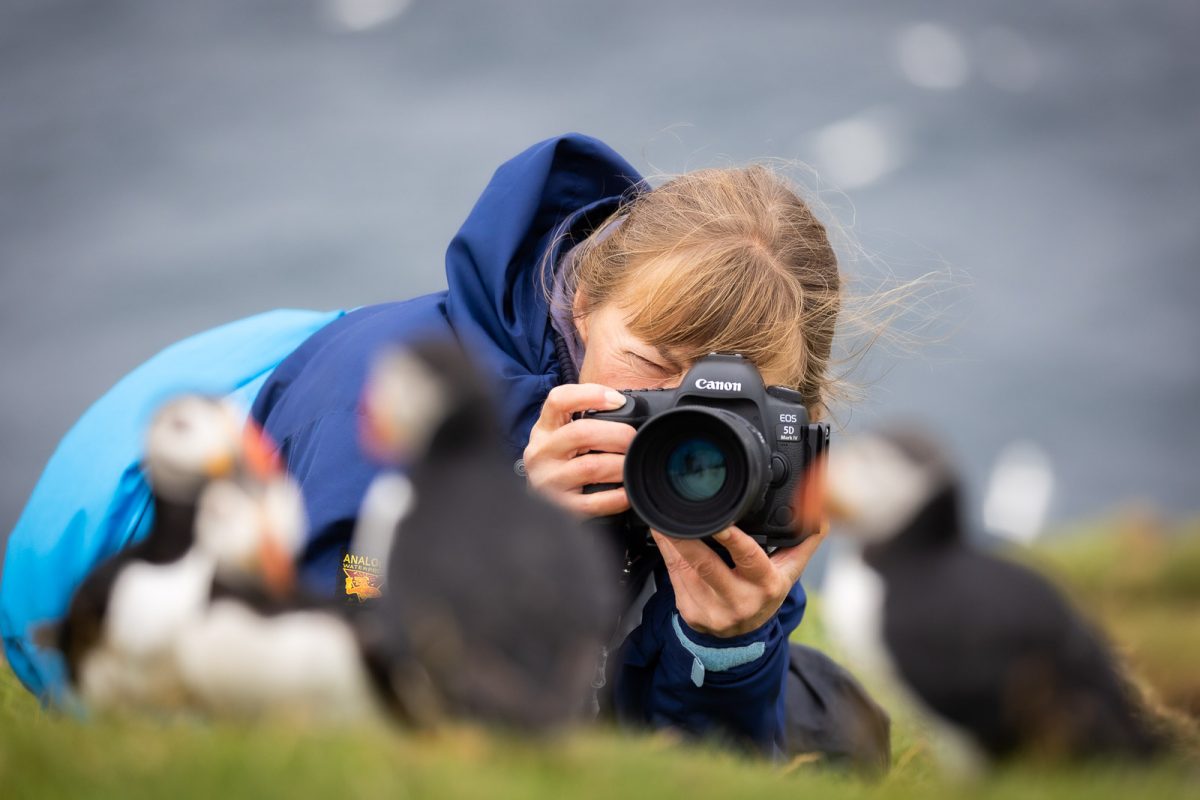 Running a trip to the Shetland Isles had felt like years in the making and in reality it was! I drew up ideas and plans over four years ago, with two recce trips and then the inevitable delays due to a worldwide pandemic. Would it live up to the expectations I had built in my head after all this time? Finally, in July 2021 I got the chance to find out when eight guests joined me for this inaugural tour of Britain’s most northerly reaches.

Our main photographic targets for the week were puffins, gannets and otters plus other seabird species. We were also hoping for a chance at spotting the elusive orca that visit these northern waters throughout the summer.

The trip kicked off at Sumburgh, a convenient meeting point near to Shetland’s airport. Shetland is a surprisingly large set of islands, and it can be easy to rack up the miles pretty quickly so the week’s accommodation was split to try and encompass all areas of the isles. From Sumburgh we moved on to Hillswick and the brilliant St Magnus Bay Hotel. A further two nights were spent on Unst, the most northerly of Shetland’s islands.

Joining me in guiding was John Moncrieff, a Shetland wildlife photographer well-known for his passion for otters. Our rough daily plan was for two customers to head out with John each day in search of these elusive mammals, while the rest of the group came with me in search of other species to point our cameras at.

John set some pretty high expectations when he announced that so far that year he hadn’t failed to get anyone a view of otters (not always super close but to get views and find them every single time is incredibly impressive!). Over the course of the next six days however, he continually surpassed everyone’s expectations with both his knowledge and ability to find otters and get good encounters. From lone males wandering within touching distance, to a family of four feeding and playing together, and even otters catching octopus – our group had it all!

An absolute highlight of the trip for everyone was our special sunrise charter on a boat to photograph gannets. Departing Lerwick at 5.30am we headed to the island of Noss. Whilst not a huge colony in terms of the number of gannets present, it certainly feels impressive when you’re there. Towering cliffs overflowing with gannets are urged into action by the buckets of mackerel and herring we bring with us. By chucking a few fish overboard, the birds enter a diving frenzy with birds plunging into the water just a few inches from the edge of the boat. Having hundreds of Britain’s largest seabird flying overhead is a spectacle that just can’t be missed. We took advantage of the calm weather we experienced during our visit to do the trip twice, maximising the photographic opportunities you can get.

A highlight enjoyed by just two of our group occurred in the middle of the trip. Having finished a day otter watching with John, the intrepid trio were making their way up to Unst to join us for dinner. A call about a possible orca sighting soon saw them dashing across another island however and I was kept updated by John over text of a jaw-dropping encounter with these apex predators. A long story short they managed to get within five metres or so as a small group travelled along the coast. Believe it or not that isn’t even the best part! While watching a seal hunt unfold, an otter appeared out of nowhere in the middle of the mix, sure enough wondering what on earth it had gotten itself into. Whilst the group didn’t manage to see whether the orca successfully caught the otter, I would have been surprised to have heard if it had gotten away.

I’m sure you can agree however, the resulting image (this one courtesy of John Moncrieff himself) is truly astounding.

A week flew by all too quickly, and with thousands of images captured so wrapped up our first Shetland photo holiday. Plans are already set for a return in 2022 so do get in touch if you’d like more details!