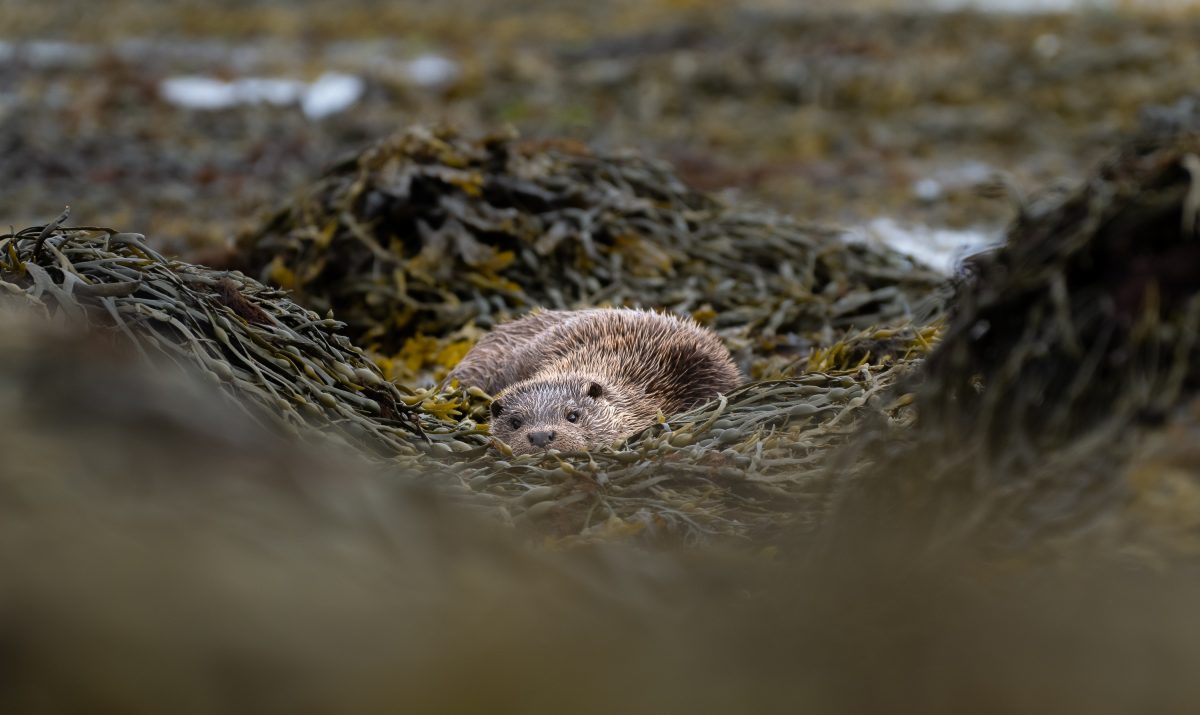 The European otter is the most widely distributed of the world’s 12 species, and can be found throughout much of Europe, Northern Asia, and even North Africa. Across the majority of its range it is a freshwater species, utilising lakes and river systems, but in Scotland, and particularly the west coast and islands, it has adapted to coastal habitats.

I spend a lot of my free time watching otters on the Isle of Skye, Outer Hebrides and Shetland Isles. We’re lucky to have a thriving population of these charismatic animals around the coast of Scotland, despite the, sometimes, challenging environment that perpetuates the islands, particularly in the winter. With a background in zoology along with my behavioural observations, it has been fascinating to explore the ways otters are able to survive in our cold waters.

Any animal that lives either fully, or partly, in water, faces many challenges. Physiologically, the biggest of these concerns regulation of body temperature. Water is incredibly effective at draining heat from a warm body; the thermal conductivity of water is 23 times greater than that of air. Otters have to employ physical and behavioural adaptations to overcome this challenge.

Otters, unlike other marine mammals such as seals and cetaceans (whales and dolphins), have no warm layer of blubber or fat, and so are entirely dependant on their fur for insulation. Fur, however, is much less efficient than blubber. Otter fur is one of the most specialised of all mammals, and has two distinct layers. The outermost of these is made up of ‘guard hairs’, which protect the incredibly dense under-fur. When an otter dives, air is trapped in this under-fur, creating the insulation an otter needs to keep warm whilst in the water. When an otter dives some of this air is squeezed out of their fur, the reason why you can sometimes see a trail of bubbles giving away the location of an otter underwater. The deeper an otter dives the faster air is squeezed from its fur, so otters will try to limit their dives to less than 10 metres. The condition of their fur is vitally important, so otters spend about 6 percent of their lives grooming.

Seawater presents another challenge over freshwater habitats. Salt crystals, left behind as seawater dries on the fur, can interfere with the oil secretions released by glands in the skin. These oils help hairs to repel water and retain an insulating layer of air. This means that otters must wash their fur in freshwater everyday to prevent the build up of salt on the fur. They’ll utilise streams, lochs or even tiny puddles to rinse themselves off in.

The long slender body shape of an otter means it has a high surface area to volume ratio, this means it loses more heat compared to animal of a similar size but with a different shape (like a hare or dog). Otters compensate for this heat loss by employing a metabolic rate approximately 20 percent higher than similarly-sized land animals. By fishing in short bouts an otter ensures it does not get too chilled while in the water. When on-shore its body temperature will rise one degree Celsius above its average of 38 degrees Celsius, but while feeding in water its body temperature will fall by at least one degree below its average temperature.