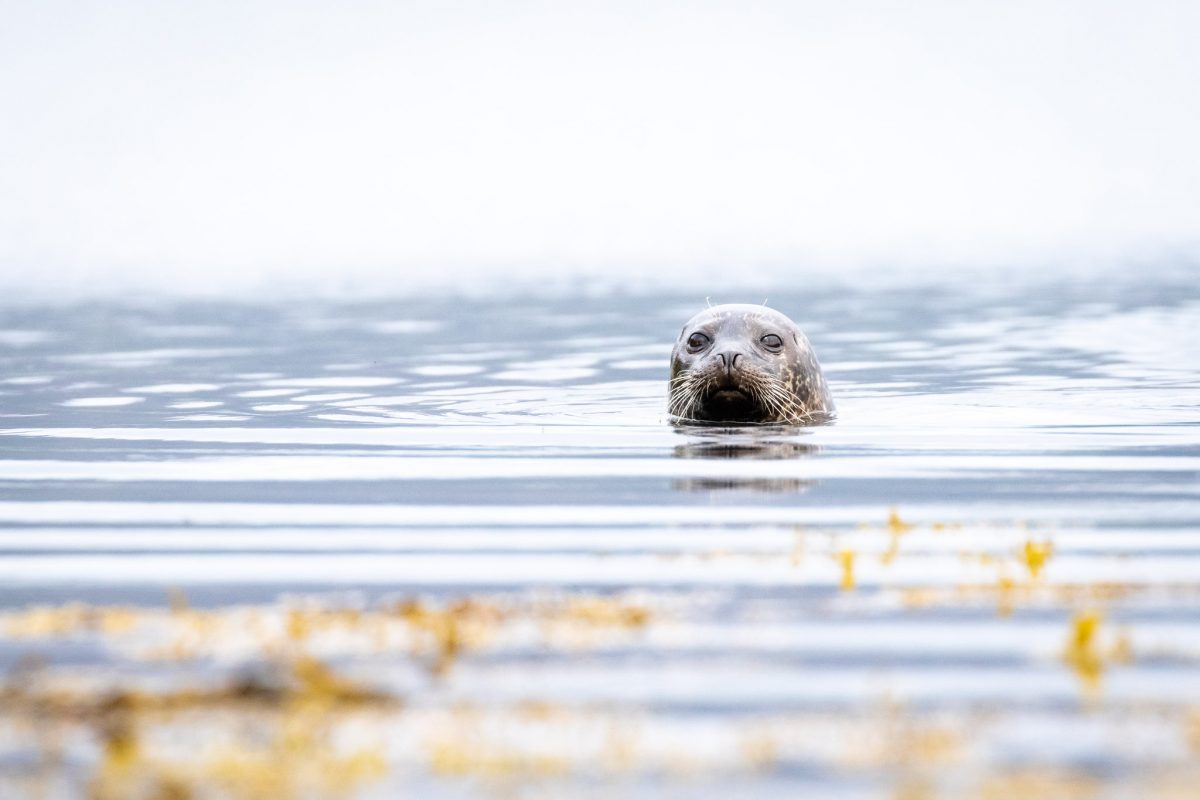 Chances are if you take a trip out to Britain’s coastline you might come across seals. We have two species you are likely to see; the common (harbour) seal, and the grey seal. Contrary to its name, the common seal is the less common of the two in most parts of Britain, but is the species we see most on Skye.

I headed out for an afternoon walk wildlife spotting, and with plenty of seal activity in the area decided to spend a bit of time photographing these charismatic mammals.

With Skye’s crystal clear water I spent quite a while simply sitting up high watching the seals feeding, seeing them swim around under the water’s surface is always incredible. A few seals came in close to shore, feeding right in a band of seaweed, seemingly frolicking and enjoying playing with it! Since they were feeding I was reluctant to try and get closer and risk disturbing them, so instead just enjoyed observing them from a distance.

Heading further along to a wide open bay I found a whole group of seals relaxing and swimming around in the shallows. Here was an opportunity to try and get as close as I could. Seals are naturally curious, but are also wary of people, and their distinctive outline/silhouette. By standing upright on the shore, it not only limits how close you can get without spooking the seals, it creates a less interesting image, with a distinct disconnection between viewer and subject – see the example below:

To solve this I got down completely flat on the wet shore, and crawled forward inch by inch until I was right at the waters edge. By obscuring my outline, and becoming something that the seals did not recognise I intrigued them. Though still wary they came much closer, and since I was as low as possible, I was shooting at their eye level. This creates a far more interesting and intimate image:

With seals around most of Britain why not head down to a local patch of coastline and try to get some images yourself!