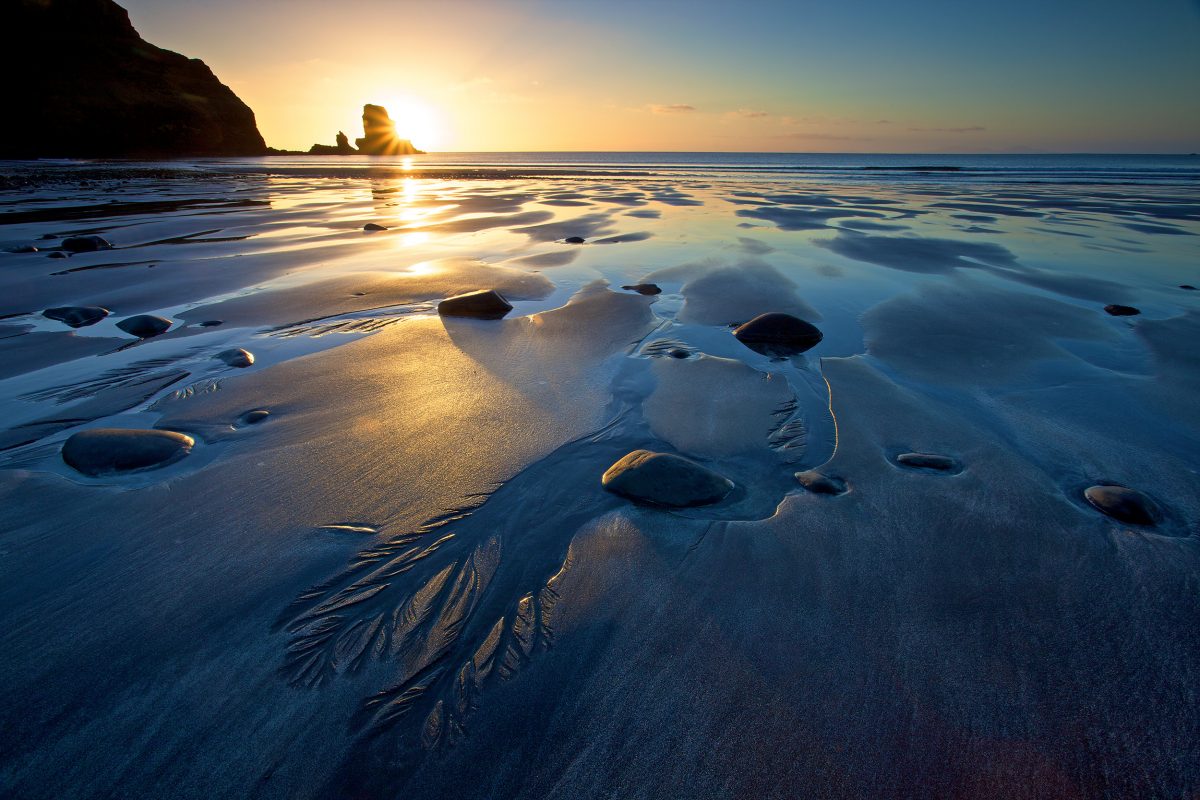 Most photographers will be familiar with the Rule of Thirds, but not many will know about the Twelfths. This isn’t a more elaborate or complicated template for composition, but something more related to photography fieldcraft.

As photographers, there are a couple of situations which most of us will often find ourselves, where the Rule of Twelfths can be a great asset to understanding and predicting the elements we will be working with.

The first element is the tide. Those of us who listened at school will know that every day there are two high tides and two low tides, with approx 6 hours between each. Depending on where you are in the world and the phase of the moon will determine the difference in water levels between low and high tide. When the moon is new or full, the difference in water height is exaggerated, known as spring tides. When the moon is only half illuminated, there is far less movement of water and we refer to these as neap tides.

Let’s assume that on the day we are visiting the coast to do some photography, our research shows us that there will be a 3 metre difference in water height between low and high tide. This would be around average for much of the UK but tides can change from as little as 1 metre up to 15 metres. Contrary to what many people assume, the tide doesn’t go in and out at a constant rate. It changes drastically depending on which phase it is in. Applying the Rule of Twelfths will allow us to predict exactly how fast or slow the water level will change during any given period.

Let’s assume we arrive on a beach at low tide and we plan to stay on location for 6 hours until high tide to shoot the water at various positions as it moves up the beach. During the first hour we wouldn’t see much difference in water height, as the level will only move by 1/12th of its total variable. Using our 3 metre assumption, 1/12th of 3 metres is just 25cm. So after an hour of standing on the beach and witnessing very little movement in water height, we could be forgiven into thinking that the tide wasn’t going to move very far up the beach. But if we are patient we will see that things start to change.

During the second hour of a tide phase, the water level will change by 2/12ths of its total variable, which in our example here is now 50cms. During the third hour it will change by 3/12ths, meaning that in only 1 hour the water level has raised by 75cms and will now be racing up the beach. In the fourth hour the movement is also 3/12ths, meaning that the third and fourth hours of a tide cycle see half of its total movement. Hopefully you can see where this is going now, with the fifth hour seeing 2/12ths, and the last hour seeing 1/12th of the water level movement.

Knowing this information can be very helpful and assist us in predicting what is going to happen rather than seeing in real time and only reacting to what is before us. Let’s say we find an attractive rock which is currently well out of the water but we want to shoot it when the first waves start to lap around it. If after 1 hour we see that the tide has only moved very slightly and multiply its movement to where we need it to be, we may be fooled into thinking we could go for a long walk down the coast and come back in 5 hours. If we did this, the rock would be long gone under the waves.

It’s also useful to know the Rule of Twelfths if we have our tripod set up right on the water’s edge with an incoming tide. Our bag may be well out of the water, which hasn’t moved much over the past 30 minutes if the tide is in its first hour phase. We might decide to leave it as we wander down the coast with out camera, in search of those award winning images. However, when we return to where our bag was another 30 minutes later, we may be in for a shock, as the tide will now be coming in twice as fast as we had witnessed when we first set up.

The same Rule of Twelfths can be applied to the duration of the days. As with our tide example, this will change drastically depending on your latitude on the planet, but here in the UK the longest day in June has approx 18 hours of daylight, whereas the shortest day in Dec has only 6:40 hours of daylight.

The closer you are to the equator, the less difference you will witness, but to keep the calculations simple, let’s assume we are in the very north of Scotland where the difference in daylight duration between June and Dec is around 12 hours (18 for the longest day, and 6 for the shortest). You may have already worked out that there are exactly 6 months between June and Dec – the same difference we have in hours between low and high tides.

Therefore the same rule can be applied. In January (phase 1), the days will get longer by 1 hour. In Feb (phase 2) they will become 2 hours longer. March and April (phase 3 and 4) will both see a 3 hour lengthening of daylight hours, before things start to slow down a little in May (phase 5) which will see another 2 hours of daylight, before June (phase 6) welcomes the last missing hour to take our total to 12.

At the spring and autumn equinoxes, each day changes by around 5 minutes in terms of daylight duration. This means that in just a week, the days will be over half an hour different in duration of light. In contrast, the length of daylight hours in Dec and June change by less than 1 minute per day.

The Rule of Twelfths can also be applied to the position of the sunrise or sunset. Just divide up the distance between where it sets in Dec and June into twelfths, and voila!

Here’s a handy table to memorise for next time you are on the beach or want to work out when the sun will be in the perfect position for that killer shot.