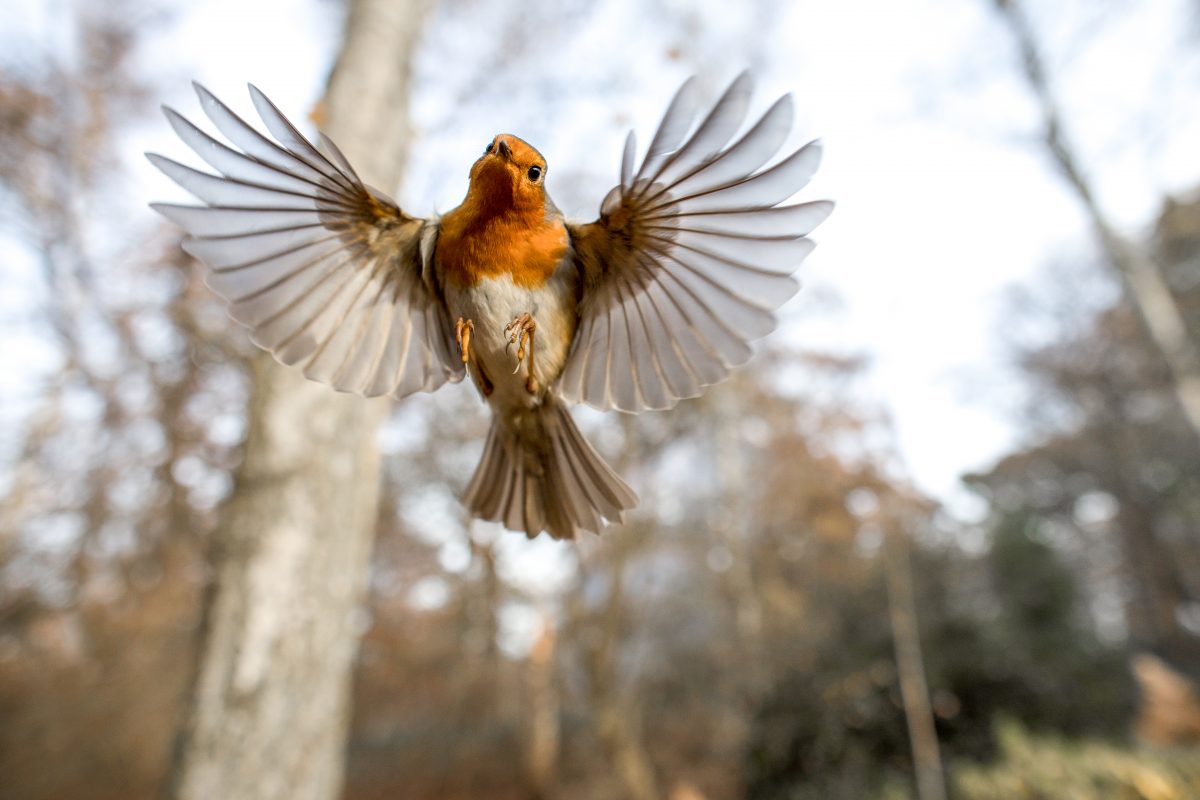 I wanted something special, something a bit different of this little friend.
So for a couple of minutes every other day or so, I would pass through their patch and offer up a few mealworms, After a couple of weeks this Robin and his mate became so tame they would actually take the worms directly from my hand or in the case of this picture, grab a worm that is strategically balanced on the top of the lens.

The key to this shot is sharpness of the birds eye, even on a wide angle lens, depth of field is minimal, as the bird is only a few inches from the camera. Autofocus is irrelevant, it’s simply not fast enough, so the focus is set to manual and prefocused at around 18 inches. After many days and many mealworms I finally got the eye sharp and the wings spread.

This image would have been entirely possible back in the days of film, technically not much has changed, but because of the amount of experimentation and number of shots fired it would have cost an absolute fortune to create.

(Please note that when feeding wildlife you should always research what is actually beneficial to the creature, and never simply just stop a routine of feeding. With this Robin and its mate I started in winter and continued to feed it mealworms long after the shot was achieved, I gradually slowed down frequency of feeds in early summer thus not making the birds dependent.)