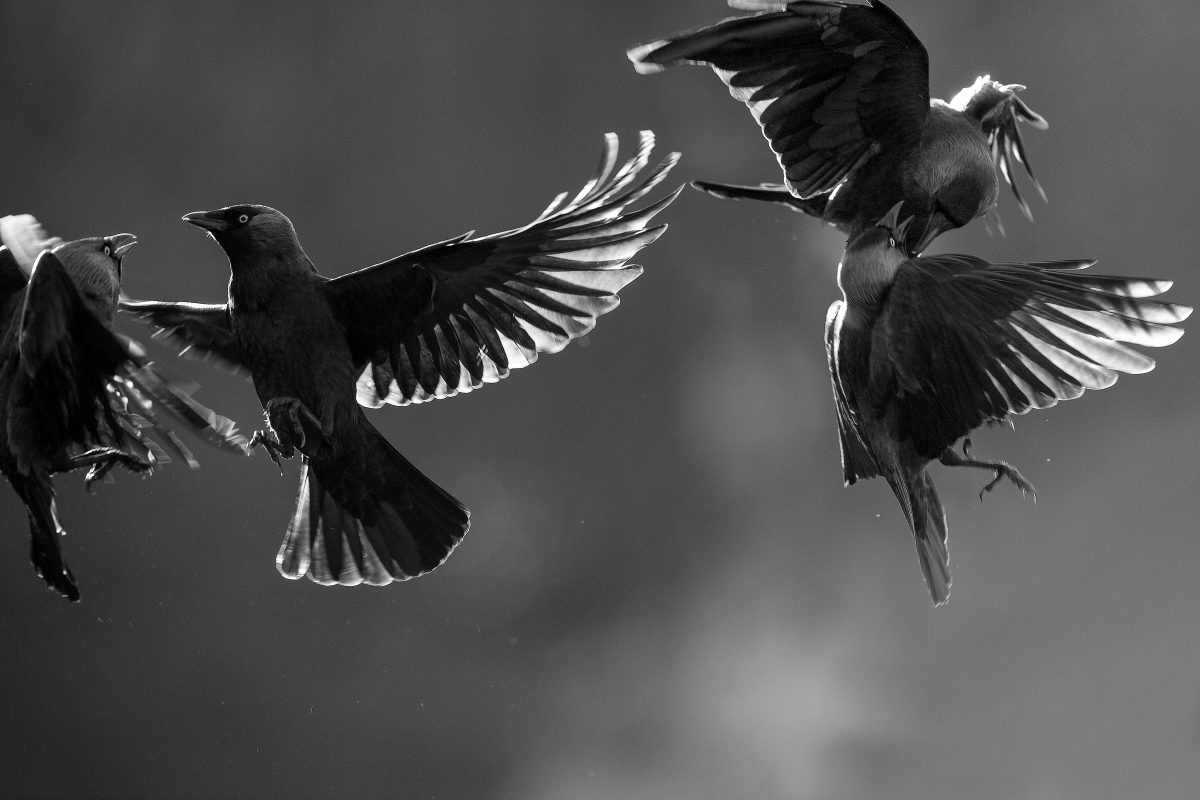 #9 – Swans Will Sing When The Jackdaws Are Silent

An ancient Greek and Roman adage runs “The swans will sing when the jackdaws are silent”, meaning the wise will speak only after the foolish have become quiet. This is a beautiful adage but it is only partially correct. Jackdaws are in actual fact extremely intelligent birds, but as the adage suggests they are also extremely noisy and boisterous. It was this gregarious behaviour I wanted to document.

This picture is very much based upon photographing something black on something black. Once this concept has been decided the execution is quite simple. Expose for the highlights and allow a little for the shadows. Then concentrate on getting things sharp. A bench for me to sit upon, a handful of corn on a tree stump and the sun directly behind the action, then simply let the Jackdaws do their talking.

Perfect framing of subjects is not always the answer. This image has not been cropped, the result is a far from perfect composition. Although not deliberate, this adds to the picture as it makes it more about the birds and less about the skill of the photographer, or perhaps lack of in this case.