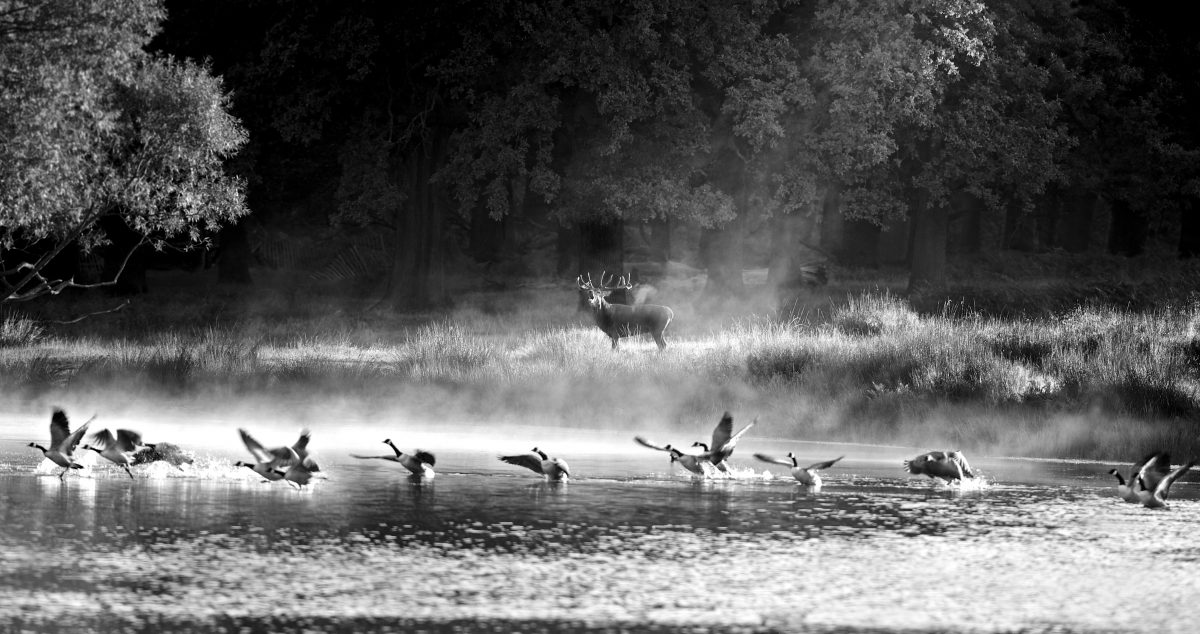 The spring-time dawn chorus is provided by the parks songbirds, but by the time autumn comes around this melodic chorus has been replaced by the guttural roaring of the rutting Red Deer. The noise is astounding, especially at first light. This combined with the racket the geese make is what I wished to capture.

This image is both about the wider scene and unfolding events, as well as detail. It is an image that works best when viewed close up. Simply because the principle element of the steaming stag is hard to initially make out. This image is also about technical compromise. Low light, a telephoto lens, bird movement, the fine detail of the stag. All these elements mean careful thought needs to be given to the photographic equation.

Firstly I decided not to exceed ISO 3200 as the stag is so small in frame any further loss of resolution would compromise this principle element. Secondly I opened up the aperture to its maximum, f2.8. The shutter speed then completes the equation. Luckily there was just enough to ensure a sharp image. I would have preferred more shutter and depth of field, to capture the geese a little better, but not at the cost of losing quality.