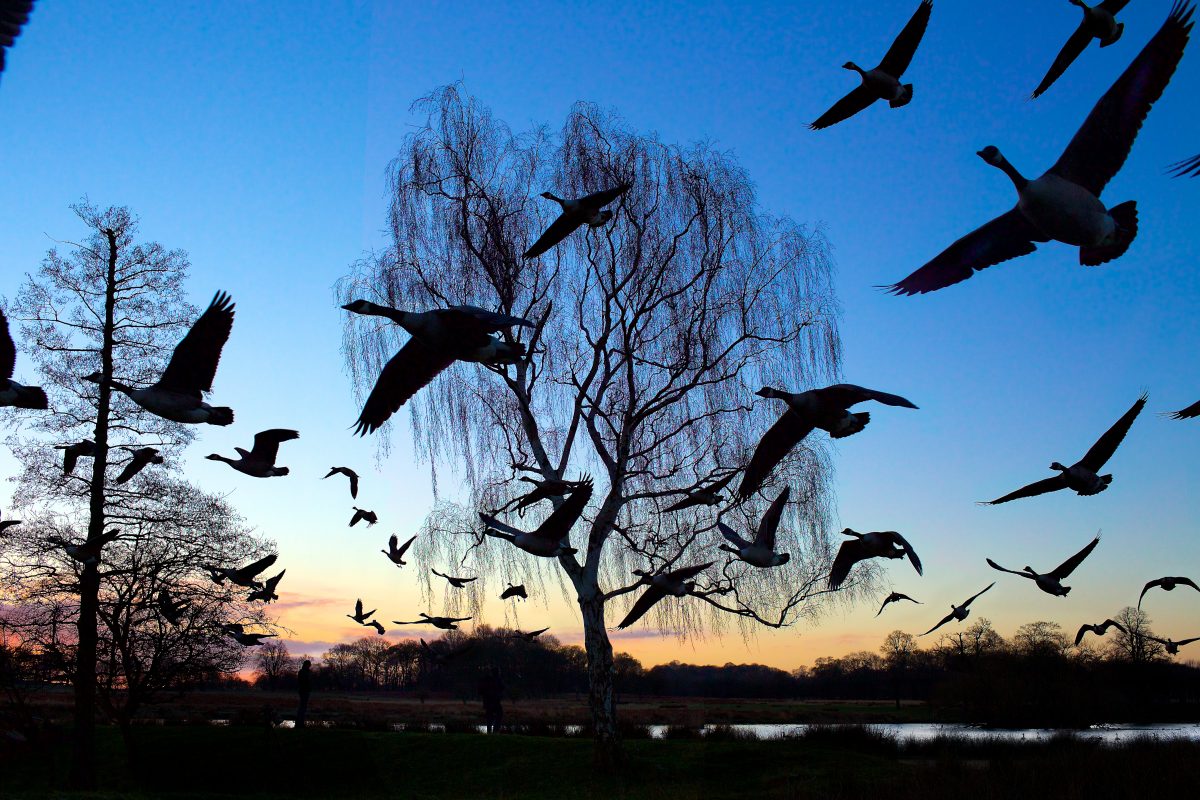 The Canadian Geese are the park’s alarm clock. Every morning and almost to the same minute, they wake, make a tremendous racket and set off for the day. Most of these birds actually only roost on the park’s lakes and spend their days grazing on golf courses and playing fields. Like many of the park’s characters they are predictable, so it’s entirely possible to be in the right place at the right time. As they pass overhead it always reminds me of the old Pathé footage of bomber missions from WW2.

I wanted to depict the drama of the birds as they depart for the day. They actually take off before dawn, the light is low and so subject movement becomes an issue. Silhouetting is therefore the answer. The key to this shot is ensuring the tree in the centre of the frame is pin sharp, the fine detail of this tree sets the scene. A mid range aperture, followed by enough shutter speed to capture the birds is what’s required, as with most of my images ISO is then the answer to the photographic equation.

This image would have been entirely possible back in the days of film, It would be easy to think that focus should be on the birds nearest to the camera, but in actual fact this was shot with the camera prefocused on the tree in the centre of the frame. Any movement or softness in some of the birds nearer to the camera actually adds to the picture.